Iu Mien (also called Yao) hill tribe woman in northern Thailand. ..The Yao hail from southern China, and at one time had considerable power within the Chinese empire, to the extent that at one time a Yao princess was married to an emperor of China. They are the only hill tribe to use a written language, Chinese, and practice a written religion base on medieval Chinese Taoism, although in recent years there have been many converts to Christianity and Buddhism. 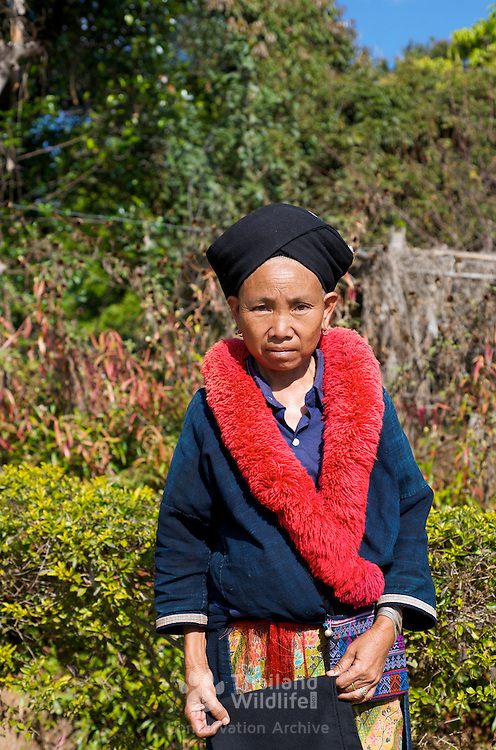