Argiope bruennichi, or the wasp spider.

Argiope bruennichi, or the wasp spider. Like many other members of the genus Argiope, (including St Andrew's Cross spiders), it shows striking yellow and black markings on its abdomen. The spider builds a spiral orb web at dawn or dusk, commonly in long grass a little above ground level, taking it approximately an hour. The prominent zigzag shape called the stabilimentum, or web decoration, featured at the centre of the orb is of uncertain function, though it may be to attract insects. The spider paralyses its prey, mostly grasshoppers, flies and bees, by injecting it with venom. 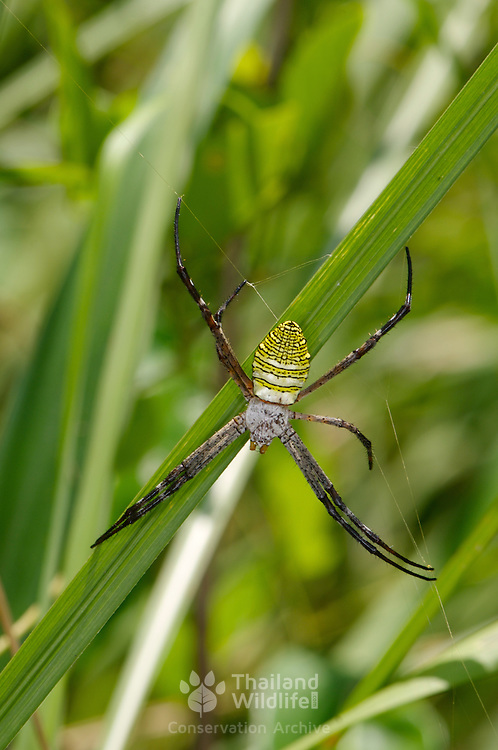