Akha hill tribe woman in Chiang Rai province, Thailand. The Akha are the poorest of the hill tribes, well known to tourists for their extraordinary costumes and exotic appearance, the Akha originate from Tibet, and have only recently entered Thailand, the first immigrants arriving last century. They are less open to change than many other hilltribes, proudly retaining their old customs., Iu Mien (also called Yao) hill tribe woman in northern Thailand. ..The Yao hail from southern China, and at one time had considerable power within the Chinese empire, to the extent that at one time a Yao princess was married to an emperor of China. They are the only hill tribe to use a written language, Chinese, and practice a written religion base on medieval Chinese Taoism, although in recent years there have been many converts to Christianity and Buddhism. 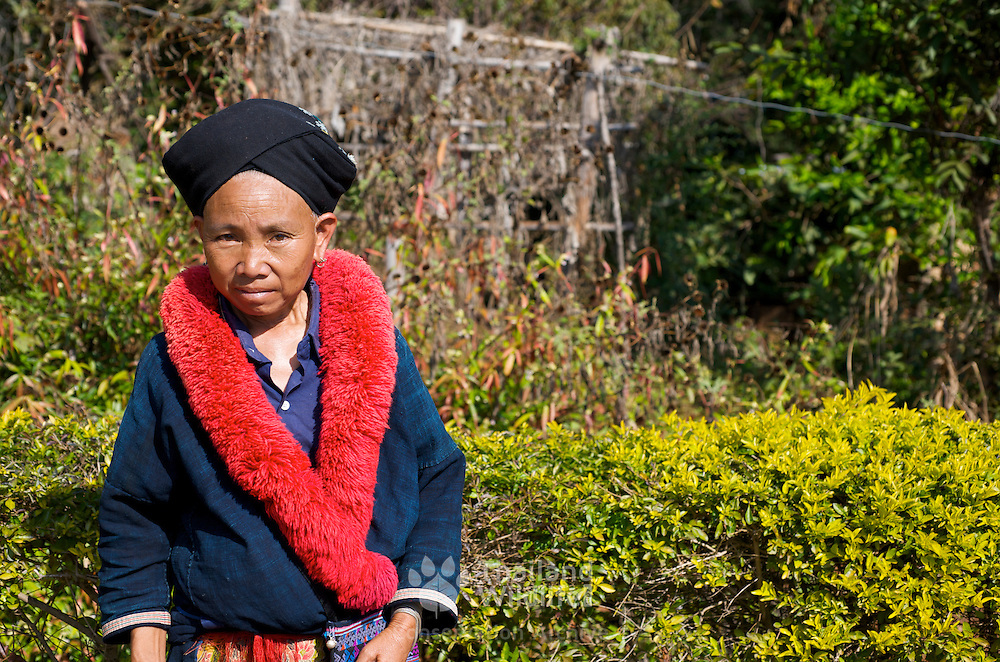