A Mlabri elder in Thailand

The MlaBri people are also known as Yellow Leaf people. They used to live deep in the jungles of Thailand and were rarely seen. Banana leaves were used as a roof on their shelters. When these leaves turned yellow a week or two later, they moved to a new place in the jungle to continue their hunter gatherer lifestyle, hence their name. They do not like to be called spirits, but they like the name "Yellow Leaf People." There are currently less than 150 surviving Mlabris in Thailand. 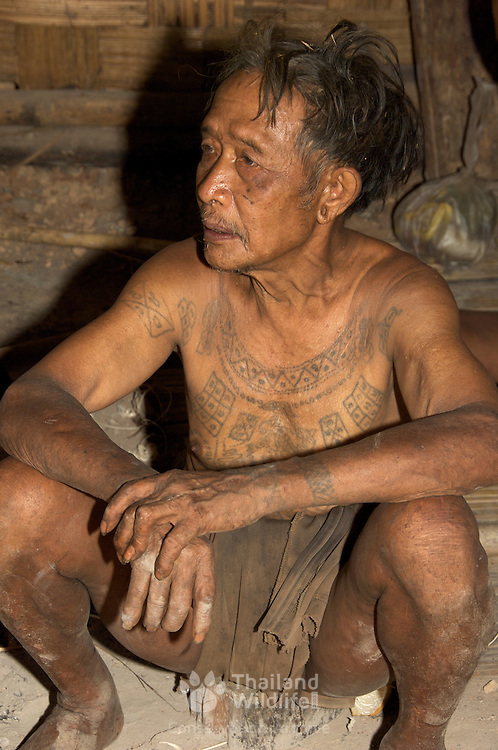