Detail on a lintle carving at Phanom Rung Khmer temple at Buriram in Thailand. This is a grand and majestic Khmer site over a thousand years old. Built on an extinct volcano, it is originally a Hindu religious site and later became a Buddhist one. During the 15th-18th Buddhist century, several additions were made..The buildings of the sanctuary are made of laterite and sandstone, all with elaborate designs. The layout is according to Hindu belief of the layout of the heaven of the god Shiva. View is March 2007. 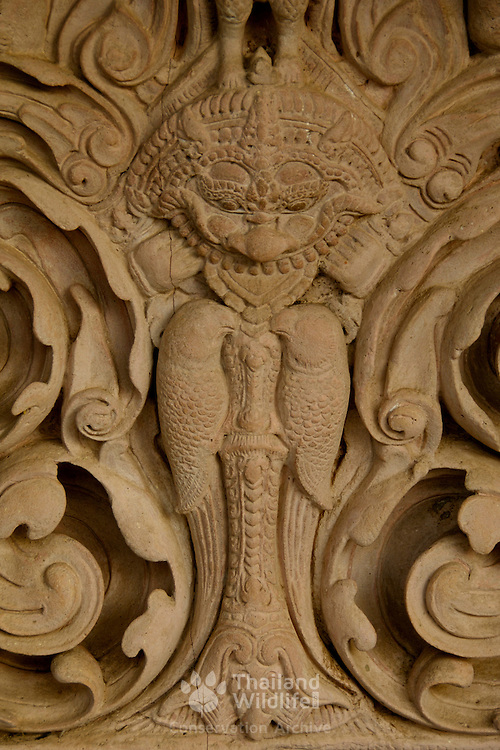